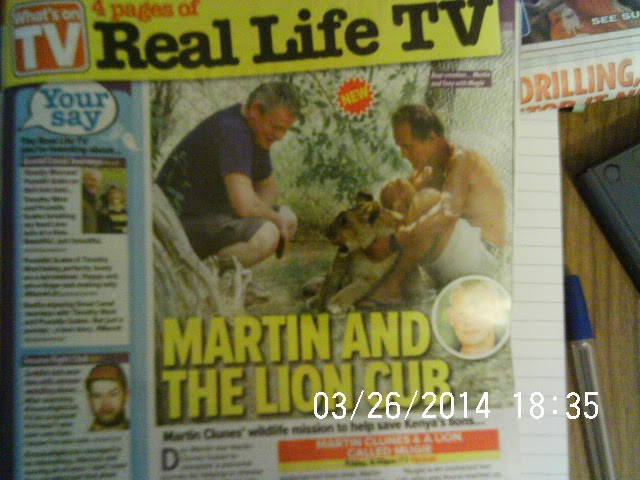 This program is part of a personal journey for the presenter  Martin Clunes, who was inspired by the film  born free. George Adamson built   a sanctuary for big cats in KENYA-KORA NATIONAL RESERVE which fell into disrepair  after George was brutally murdered.

Tony Fizzjohn-conservationist- with the help of the presenter are trying to rebuild it.The lion in the documentary is called MUGIE  - a orphaned male cub  found  washed up  on a river bank when he was 3 weeks old  then looked after untill  able to fend for himself in the wild.

THE PROGRAMME IS ON FRIDAY 4TH APRIL 2014 AND THEN ON I.TV I PLAYER.
http://www.express.co.uk/entertainment/tv-radio/467181/Martin-Clunes-new-ITV-documentary-on-endangered-big-cats