23 December 2014
With dumpy little legs, a dense body and a penchant for hiding from trouble, the Manul has proved elusive to nature lovers worldwide. 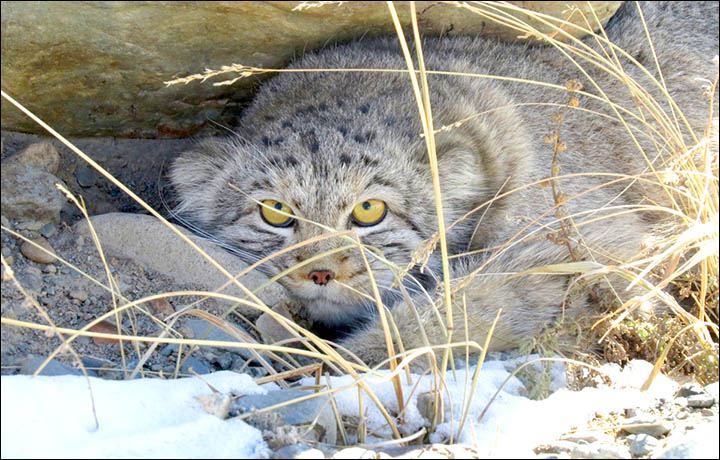